posted in Uncategorized on May 13, 2018 by Alex Larman 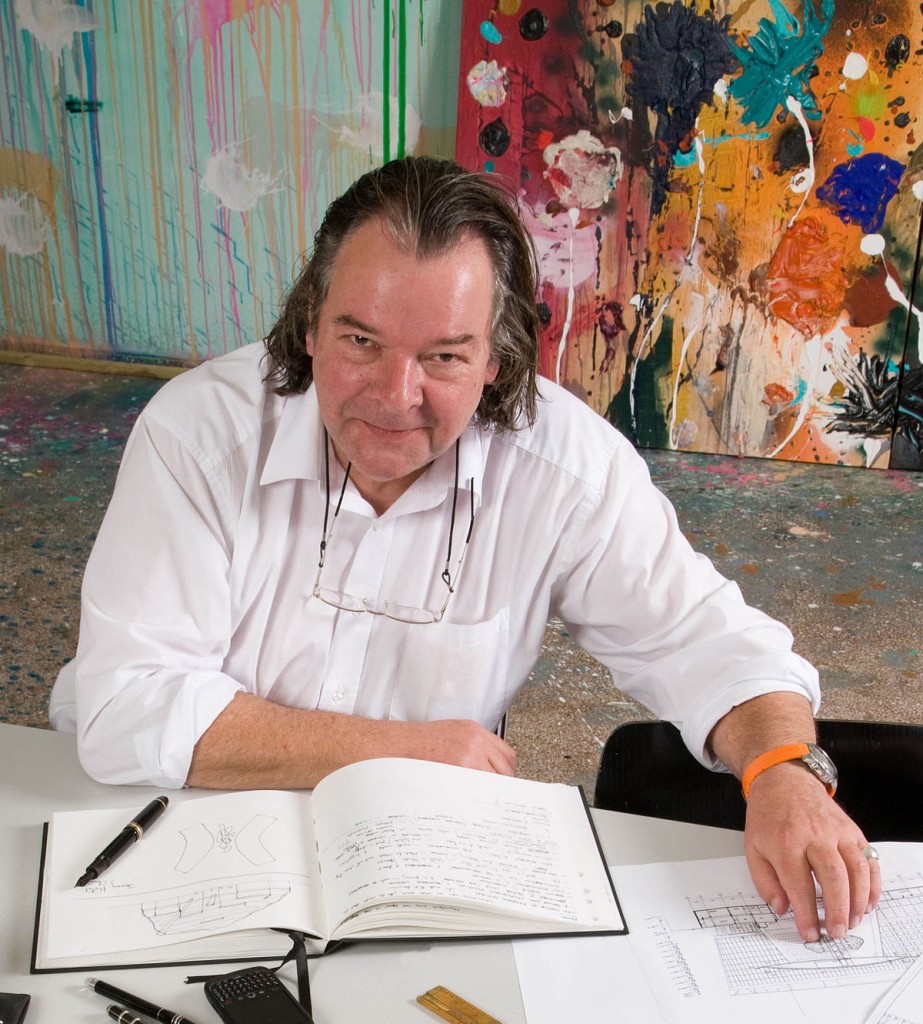 My father-in-law Will Alsop died yesterday. I’m writing a more formal obituary of him, but here are a few personal thoughts and reminiscences.

As The Teddy Bears once sang, ‘to know him is to love him’, and a very great  number of people both knew and loved Will Alsop. He had a sense of vitality and bonhomie that infected everything he did, whether it was his architecture, his painting or his life with family and friends. Being ‘the life and soul of the party’ can often be an imposition, a sense of having to play a part, but for Will, any room that had him in was instantly a brighter, warmer and friendlier place.

His work will, of course, endure for many years to come. Nobody who has been to the Peckham Library, to the North Greenwich tube station, to the Sharp Centre for OCAD in Toronto or the Blizard Building at QMU – to name but a tiny handful of his buildings – could walk away without feeling a sense both of awe and amusement at the playful and inquisitive sensibility that they displayed. This is equally true of his art. I’m writing this in a house festooned with his pictures – although, it seems now, not enough of them. His sensibility has always been a colourful, maximalist one; no wonder that he briefly rejoiced in the nickname ‘Mr Blobby’, although, unlike his unloved predecessor, there is little chance that he will end up a forgotten memory.

Yet it is the man behind the work that I want to celebrate. The first time that I met Will was on an early date with his daughter. I came crashing downstairs in the elegant flat that he lived in with his wife, Sheila, and most potential fathers-in-law would have been horrified by the dishevelled young(ish) man in front of them. Will was not one of those. Instead, he poured me a glass of excellent red wine, lit a cigarette, and talked to me about Philip Larkin for twenty minutes. He later pronounced me ‘very amusing’, which was Will parlance for, I think, ‘I like him.’

And thereafter, I became part of the family, a state of affairs enhanced when I married his daughter Nancy in 2015. I shared countless Christmases, Easters, Sunday lunches and family birthdays with him, as well as many a jolly occasion when a bottle of red would appear – he seldom needed an excuse – and mirth would be unconfined. I can think of no more fitting description of him than to say, as Hamlet did of Yorick, that he was ‘a fellow of infinite jest.’ Everything that he did, or said, was seldom without a humorous tinge; he was a man who was constantly amused by the vagaries and absurdities of everyday life, sometimes not without anger, but always with a wry compassion that made him the most human, as well as humane, of artists.

If there are memories of him that I treasure, of good fellowship and great kindness, let me share a few scattered recollections now, before writing this produces too great an emotional toll. I remember, at his house in Norfolk, him appearing with a gleam in his eye from his studio at around six o’clock, and a cry of ‘right! Who’s for a drink?’ In the white shirts he habitually wore, a ‘Will Alsop’ trademark was the spot of ink in the lapel pocked, a legacy of the pens that he consistently carried. I remember things he would say – any gathering of people was always ‘girls’, regardless of age or sex, and it was always ‘nighty-poo’, never ‘goodnight’. I remember the time that he greeted me once by bunny-hopping across a car park, and then, as my incredulous expression gave away my surprise, compounded it by saying ‘D’ye fancy me now?’ I remember his culinary tastes: gammon with parsley sauce, pork pie and trifle. And, of course, I remember his chosen tastes in drink; red wine all year round, strong gin and tonics in summer and very decent-sized measures of whisky in winter. With Will, thirst was seldom an option.

And yet, underneath the charisma and great generosity lay another man, one of enormous kindness and empathy and sensitivity. I remember my wedding day, and his scarcely concealed emotion at walking his beautiful daughter up the aisle. I remember his father of the bride speech, where, with his perfect comic timing and deadpan wit, he had an audience in hearty laughter virtually from the outset – but also paid tribute to Nancy, typically, by saying of her that ‘she is the kindest person I know.’  I remember the day after his first granddaughter, Rose, was born, when he and I sat in a Brighton pub together, toasting the baby’s head – figuratively speaking – and he spoke with a rare, almost fierce emotion, imploring me to be an ever-present part of the little girl’s life and speaking candidly of his own regrets, that his extraordinarily successful and diverse career had led him to spend more time away from his family than he would have liked.

He dealt with his final illness with typical equanimity. I remember being in the hospital room shortly after he was diagnosed, and rather than cursing or breaking down, he simply asked me to buy him a copy of the Times so that he could do the crossword. It was a time towards the end full of friends and family, as his life was. For a man who never went out of his way to shine in the full blaze of publicity, he was and remains hugely popular; the enormous turn out at his 70thbirthday party last year was testament to that, and, as any evening involving Will Alsop should be, it was one hell of a party.

He was a great fan of Bob Dylan, and it seems appropriate now to remember him by Dylan’s words in ‘Forever Young’- which is how, in his quest for fun, knowledge and life, he will always be for me.

‘May you build a ladder up to the stars

And climb on every rung

May your hands always be busy

May your feet always be swift

May you have a strong foundation

When the winds of changes shift

May your heart always be joyful

And your song always be sung