posted in Uncategorized on January 8, 2018 by Alex Larman 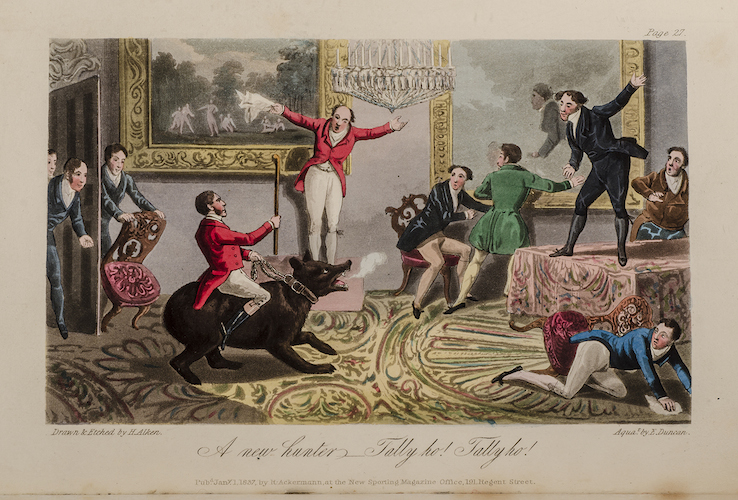 Something new, for 2018…feel free to pledge here.

Sebastian Horsley slept with a loaded pistol by his bed to deter uninvited prostitutes and debt collectors.

Vivian “the real Withnail” Mackerell’s unquenchable thirst saw him inject his stomach with sherry when he became unable to take liquids down his throat.

When Tallulah Bankhead met Joan Crawford, she promised her, “Darling, you’re divine. I’ve had an affair with your husband. You’ll be next.”

Harold Davidson, the “Prostitute’s Padre”, met an untimely demise courtesy of a lion in a travelling show in Blackpool.

The critic Kenneth Tynan, a noted flagellant, once found himself at the wrong end of a vodka enema.

From historical biographer Alexander Larman (yours truly) and The Chap founder Gustav Temple, The Rake’s Progress will be a comprehensive and splendidly entertaining look at twenty men and women who all, in different ways, can be described as “rakes”.

The Rake has drifted in and out of every decade since man first realised he could choose between good and evil, but we shall start with Lord Rochester in the 17th century. Concise chronological biographies of our subjects will address questions of social, sexual and sartorial propriety, with tongue in cheek and brain firmly engaged. The rakes will be defined by their occupations – “the Imperial Rake”, “the Hollywood Rake”, “the Occult Rake” – but, as we shall see, an occupation and a life are two quite distinct things.

From Lord Byron to Mata Hari, Gustave Flaubert to Tallulah Bankhead and Kenneth Tynan to Amy Winehouse, our cast of characters could not be more diverse, save in their being united by unconventional actions and reputations. Some are still (unfairly) pilloried today. Others have had their full eccentricities all but airbrushed from history. We will bring our international cast of emperors, poets, prostitutes and demi-mondaines to life, and follow their progress through life and history.

This will be neither a prurient nor a tasteless book. The likes of Harvey Weinstein – definitely not a rake – will be omitted, as will other purely unpleasant characters. Rather than make moral judgements, we present our cast of rakes as recognisable human beings, and ask what leads someone to embrace a lifestyle so completely contra mundum. The rake is the fall guy or gal for every suppressed sin, indulgence and reckless extravagance that the rest of us are too cautious to express. They burn out in a blaze of glory, usually before their time, and leave a trail of fascinating anecdotes in their wake, many of which we will recount in this book.

The Rake’s Progress will end with “the last rake”, Sebastian Horsley, who also qualifies as “the narcotic rake” and “the dandy rake”. Both of us were close friends with Sebastian, who has somewhat passed into Soho legend since his death in 2010. Using previously unseen material, we will ensure that Horsley is once again elevated, or lowered, into the brilliant and eclectic company that he strove to walk amongst in life.