A few (and I presume, final) reviews have appeared, including possibly my favourite piece about Rochester and his literary heritage at The Literateur and a brief but nice mention in the Independent’s biographies of the summer. I also wrote a piece for History Today commenting on an article that none other than John Redwood did in the 70s about Rochester.

Don’t forget that I’m speaking at Hatchards in Piccadilly this Wednesday – tickets are free but should be booked in advance. As usual, I can promise some bawdy talk, near-the-knuckle jokes, and hopefully an engaging insight into Rochester’s life and milieu. And the best part is that it’s at lunchtime, so you’ve really got no excuse for not coming along. 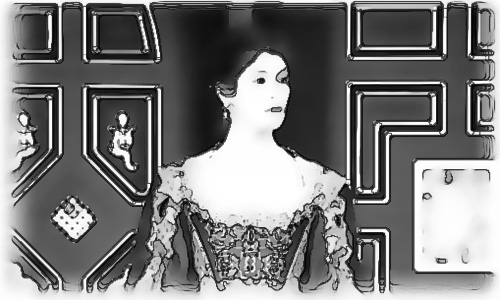 It’s always exciting to visit a new theatre in London, and the Sam Wanamaker Playhouse, which opened at the start of the year, is one of the most ambitious that the capital’s seen in years – quite probably since the opening of its stablemate, the Globe. It’s an indoor theatre, designed for use in the darker months when the Globe can’t be used for performances, and is based on some 17th century designs for an indoor playhouse that were discovered in Oxford in the 1960s, and which have now come to pass.

There are numerous interesting quirks here – the theatre is entirely candlelit, for one thing, and the stage is a simple one, albeit not without some adornments that are very much in the Elizabethan-Jacobean style that the Globe has become famous for. Another, less pleasant, factor is that the seats are every bit as uncomfortable as those in the Globe, mainly consisting of backless benches with the minimum of padding. Those settling in for a long play (and Malfi is anything but short) might be advised to bring a comfortable cushion, or to pay extra for the ‘premium’ seats.

But what of the opening play? Webster’s ever-popular examination of sexual and social mores in Renaissance Italy can normally be guaranteed upon to attract a good cast, and, with a good director, it can hold up the mirror to our own society. However, this determinedly old-fashioned view of the play highlights other aspects instead, namely the uneasy correlation between male power and violence, and also the inevitably debilitating effects of obsession. This is borne out by the performances. In Dominic Dromgoole’s production, the Duchess (as played by Gemma Arterton) is not played, as she has been in some stagings, as an opportunistic sexual predator, or as someone whose apparently good nature conceals a Machiavellian mind, but instead as a pleasant, upright and likeable protagonist whose moral stature compares favourably with those of the degenerates around her. Arterton is a naturally charismatic actress, but perhaps lacks the nuance that Eve Best memorably brought to the part at the Old Vic a couple of years ago; dare one suggest that, at 27, she is around a decade too young for the part?

Much of the pleasure is instead to be found from the supporting cast. As her vaguely incestuous and decidedly nefarious brother Duke Ferdinand, the ever-excellent David Dawson gives a performance that acts as a dry run for many of the great Shakespearean roles, simultaneously at points channelling Hamlet, Iago and Measure for Measure’s Angelo as he moves between vitriol, conspiracy and despair. As his corrupt brother the Cardinal, James Garnon gives a broad comic performance that elicited hearty, if sometimes surprised, laughter from the audience, especially as the final act’s body count rises to near-absurd levels. And, in the pivotal role of Bosola, the malcontent who eventually develops a conscience, Sean Gilder offers a drolly bemused account of a character involved in greater nefariousness than he had bargained for.

Thanks to the fragrant presence of Ms Arterton in the lead role, tickets are unsurprisingly hard to come by now. Nonetheless, it’s well worth trying to get one, if only to attend the maiden production of what promises to be one of London’s most exciting theatres.

Until 16th February at the Sam Wanamaker Playhouse.

Couch potatoes and immovable lazybones might react in horror to Richard Askwith’s third book, an account of a year’s running through the Northamptonshire countryside, but those of a more active or curious disposition ought to race to the shops and savour his idiosyncratic, enjoyable tale. After his earlier acclaimed books about fell running and rural England, Askwith combines the two in his autobiographical tale of how his unfocused lifestyle was given shape and purpose by a running hobby that gradually turned into a near-obsession. It’s a serious book, but never po-faced. An account of how he used to be voluntarily chased through the countryside by bloodhounds in all weathers verges on the farcical, and Askwith is sensible enough to understand that not all of his more sedentary readers will necessarily understand the thrill of what he describes, so his evocative descriptions of powering through the wild, unfettered landscape go a long way to making it feel vivid. At the end he writes “each life is a journey: and in each runner’s life there is a journey within a journey”. This particular journey is never less than compelling.