posted in Interview on November 20, 2013 by Donald Eastwood 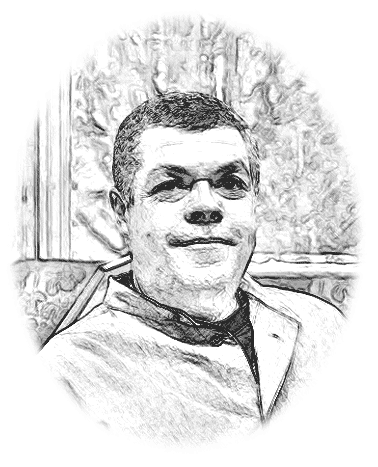 There are few finer restaurant buildings in London than the one that the iconic Bibendum is housed in, namely the 1909 Art Nouveau Michelin building that sits snugly on the corner of Sloane Avenue and the Fulham Road. Even a casual visitor can’t help but be impressed by the elegant contours and calm air of comfort that the place exudes. Just as well, then, that the restaurant has continued to go from strength to strength since it first opened in 1987, the brainchild of Terence Conran, publisher Michael Hamlyn and chef Simon Hopkinson. Offering classic Anglo-French (or, as Hopkinson quibbles during our chat, ‘French-Anglo’) cuisine, it refuses to rest on its laurels, opening a new and very chic oyster bar downstairs that’s designed to be a more affordable and casual style of dining.

When I head over to Bibendum for a chat with Hopkinson and Bibendum’s long-standing head chef Matthew Harris (whose brother, Henry, is chef-patron at the wonderful Racine up the road in Knightsbridge), the first thing I see is the oyster bar, which has been made…magnificent’s the only word that comes to mind, really. The lovingly decorated interior, complete with stained glass and vintage tiling, looks like a fantastical recreation of what a turn-of-the-century establishment should look like, and yet the menu’s stuffed full of contemporary dishes and the very best seafood, all at prices that are remarkably kind, for the area.

Chatting to Hopkinson and Harris, it’s clear that their long-standing friendship (Harris was on board at Bibendum from the outset, and became head chef when Hopkinson stopped working there full-time in 1995) and partnership has been a fruit(de mer?)ful one, encompassing tradition and innovation alike. The creation of the oyster bar is typical of this. As Harris says, ‘We’ve always sold oysters out the front, and people liked to have a glass of champagne with it, and so it’s become something more elaborate – we’ve actually got more seats downstairs than up now!’ Not bad for an establishment that sits a fairly substantial 170 covers in total, and can fill them without much difficulty. ‘Good Saturday, I heard’, Hopkinson says solemnly.

Even a place as well-known as Bibendum has to deal with the various tribulations of the restaurant trade. Harris thinks about the major problems they’ve faced, and cites two in particular. ‘Staff’s a big one – it’s hard to find people with the right skill, and then keeping them on, although there are a handful here who have been here over 20 years, which is very gratifying. And the other problem we have – although it’s a very nice problem to have, in a sense – is that we’re a Grade 2 listed building, which means that we have to be very careful about all the changes and improvements we want to put in.’ He glances around at the sumptuous room, briefly interrupted by a conga line of tourists filing glossily into the Conran shop beyond. ‘I think we got there this time!’

When Bibendum opened in 1987, it was something of a revelation, offering a combination of excellent food, a stunning setting and something less quantifiable – the alchemy of some brilliant people coming together to create something great. Hopkinson claims that its continuing success comes down to something relatively straightforward. ‘We have a beautiful dining room, and it’s always been an extraordinary place to sit and watch time go by. Lots of new restaurants open, and a lot of people are obsessed by going to the new hip thing, but I, and I think a lot of others, would prefer to go back to somewhere that they know, where they’re known in turn and looked after, and there’s that continuity.’ A relationship, if you will, rather than a series of one-night stands. Although there’s something chic and exotic about Bibendum that makes it feel more like a very classy mistress than a dependable wife.

The basics remain the same – there are dishes on the menu, such as escargots and fillet steak au poivre, that have never changed since the restaurant’s opening – and many of the regular customers would be up in arms if their favourite dish ever disappeared from the repertoire. Nonetheless, Harris and Hopkinson are well aware that resting on their restaurant’s reputation isn’t an option in a city where dozens of new establishments open every month. As Hopkinson says, ‘Opening the oyster bar is the biggest thing we’ve done in years, and it’s a big step away from what we used to do downstairs, where the only hot food we did was soup.’ Harris chimes in – ‘What’s nice is that you can stand on the other side of the street now and clearly see that we’re a bustling restaurant upstairs and downstairs, whereas previously perhaps we had a few too many flowers, and it was harder to see what we were doing.’ Hopkinson chortles merrily. ‘We looked like a florist! It’s the only negative comment Terence has made about the revamp – he wishes that the flowers were back!’

Harris and Hopkinson prove a most entertaining double act; Hopkinson’s the more mischievous of the two, ever ready with a dry one-liner or witty retort, whereas Harris is the straight man, albeit with a twinkle in his eye at all times. It’s easy to forget that between them, they’ve created one of the country’s best-loved restaurants – until, that is, you get them back onto food, and then their passion really shines through. When asked about what their desert island meals would be, Hopkinson, perhaps unsurprisingly, plumps for roast chicken (arguably his best-known book, Roast Chicken And Other Stories, was once voted the most useful cookbook of all time) followed by chocolate pithivier, while Harris chooses the oysters Rockefeller, which we’d been discussing with great enthusiasm a moment before. As he says it, his eyes mist over slightly. ‘I could do with those right now, actually…’

We also had a chance to hear from the great Sir Terence himself, whose comments on the refurbishment are ‘I love the new space which has really opened up the downstairs area while retaining the beautiful, industrial feel of the original Bibendum garage. The redesign has also allowed us to introduce hot, brasserie style food influenced by Simon Hopkinson so people can enjoy a more substantial meal in the surroundings of one of my favourite buildings in the world.’ And you can’t say fairer than that.