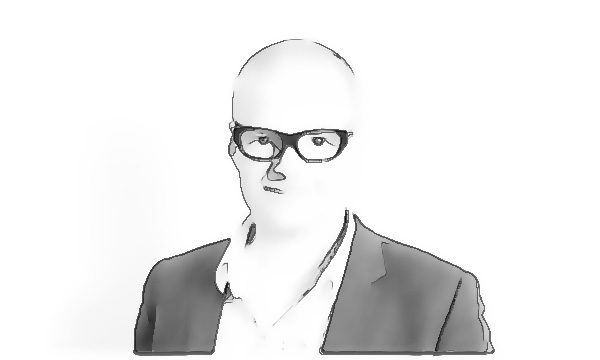 ‘Sometimes, I have to remember I’m a chef amongst everything else.’

It’s a daunting thing to be Britain’s most famous and respected chef, but the charming and frighteningly talented Heston Blumenthal has managed to take it in his stride. Not only does he run The Fat Duck, the legendary Bray restaurant which is regularly voted best in not just England but in the world, but he has taken his Knightsbridge outpost, Dinner, to great heights since it opened in 2011 with his head chef Ashleigh Palmer-Watts, winning a second Michelin star this year. And, along with his restaurants (and pub, The Hinds Head), he has somehow found time to write a magnificent new book, Historic Heston, which offers a lavishly illustrated and beautifully presented account of many of the historic recipes that he has been including on the menus of his various establishments for several years.

When we speak, Blumenthal is a combination of the humble and the pragmatic. Discussing his highlights of a tremendous 2013, he singles out Dinner getting a second star as ‘a fantastic moment’, but also claims that being called ‘chef of the decade’ at this year’s Observer Food Monthly awards ‘was a real wake up and smell the roses moment’. He’s entirely sanguine about a career that might have given others an ego the size of Claridge’s – naming no names – saying ‘I was never driven by money. My real ambition was wanting to cook – and now we have around 200 staff on our books, and so it’s all about having a fantastic team who have worked their socks off! As a boss, you have responsibility to those people, as well as expanding your business. Dealing with everything from the Fat Duck to Waitrose can be quite overwhelming sometimes, but I manage.’

One thing that he’s rightly proud of is his new book, a truly sumptuous object that any budding chef or food lover would be delighted to find underneath their Christmas tree. It’s attracted rave reviews and much acclaim for its fresh and unusual attitude towards age-old recipes, and, as Heston says, it’s been a real labour of love. ‘I wanted to make sure that I was involved all the way. I had a great team and we finished this book on time – the first time I’ve managed to do so! I wanted it to look as if it had oil paintings, with a Caravaggio-esque feel to it, and so getting the right photographer (Romas Foord, with art by Dave McKean) was essential. We wanted each chapter to consist a dish, and to feature recipes throughout. I sketched out how I saw it all looking visually, and I knew how it was going to be  – for instance, I wanted the hash of snails dish to look as if it was a forest. And also keeping period detail was right – we couldn’t have Victorian tiles in a set if the dish was pre-Victorian. It was overwhelming, but I think it worked out well….’

Heston’s interest in historic food was sparked at the turn of the millennium by an unexpected discovery. ‘I was browsing in Notting Hill’s Books for Cooks and found an interesting book, Le Viandier de Taillevent, and it had all these mad recipes of how to pluck a chicken and then bring a chicken back to life and things like that.’ He pauses, and laughs, semi-incredulously. ‘We’re trying to do those in the new TV series, actually!’ His interest piqued, he met the historians who run the kitchens at Hampton Court, and they developed a dish called Quaking Pudding, which is now served at the Hind’s Head. As he says, ‘I wondered if it was possible to make modern versions of the historical dishes, which nobody had done before – and the TV show (2009’s Heston’s Feasts) stemmed from that. The idea was a cooking show where you weren’t supposed to try do it at home, based on historical recipes. And that’s come to permeate Dinner and the Fat Duck. This is an ongoing thing, and is a real influence in my cooking. It’s amazing to think we have this amazing gastronomic heritage, which we nearly threw away entirely. But food, and people’s attitudes to food, has changed completely.’

As Blumenthal reflects, he grew up in a country that seemed to have turned its back on good food. ‘People weren’t aware of it! The only people who knew about our amazing history of food were academics. Food in the 70s was left behind as we were embracing technology and modernity – it was as if we were ashamed of eating, which was deeply depressing.’ However, thanks in no small part to his trailblazing, matters have been ameliorated, with London regularly voted the world’s best (or second best – New York is an implacable rival) city for dining in.

It hasn’t always been plain sailing. As Blumenthal’s revealed in the past, it was only The Fat Duck winning its third Michelin star that saved him from bankruptcy, and he’s had his own kitchen-related disasters too. (‘One time, at the Duck, the oven blew up and burnt my scalp quite badly!’) However, his life now is an enviable one, albeit busy. When he’s not dividing his time between London and Bray, he’s a big fan of some of the other restaurants round Knightsbridge, an area he adores (‘you really can’t go wrong with Zuma’) and he’s planning an expansion of Dinner into other countries over the next few years. ‘We always planned to do more internationally – the concept was that we could take it overseas, because Britain has been a big international presence, and we wanted to respect that.’ It’s little surprise that all he wants to do at Christmas is to relax at home – ‘it’ll be a low key event, and I’m going to cook a traditional roast, which is how I always like to celebrate’ – before he begins another year full of innovation, delectable food and fun.

Before we finish, I ask Blumenthal who his historical idol is, half-expecting some incredibly impressive and obscure chef I’ve never heard of. Instead, this modern Renaissance man chooses another, Leonardo Da Vinci, and sounds genuinely awestruck when he talks about him. ‘He was the most stunningly talented man! He was an artist, actor, musician and inventor – he had the ability to do so many different things.’ Give it a few years, Heston, and the rest will fall into place.