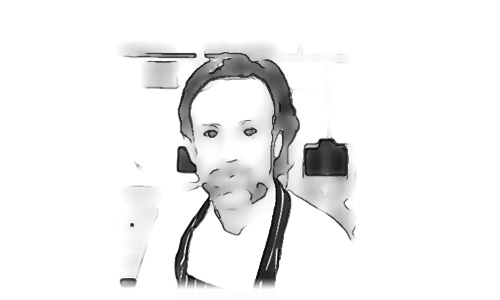 [/lead_p]Rightly regarded as one of Britain’s greatest chefs, the charismatic Marcus Wareing takes no prisoners. He tells Alexander Larman about why he’s relaunching his flagship restaurant at the Berkeley[/lead_p]

‘The most important thing about opening a restaurant is to be the best bargain in town, whatever the cost.’

Meeting Marcus Wareing in his ‘other’ restaurant, the Gilbert Scott in the grand surroundings of the St Pancras Hotel, feels a slightly strange experience. For one thing, its grand, slightly surreal environs are a world away from the opulent David Collins-designed luxury that used to epitomise his flagship restaurant at the Berkeley, and secondly he’s takes something of a back seat there these days, instead entrusting its day-to-day operation to the ‘extremely able’ GM Chantelle Nicholson. The reason why we’re meeting here is because his main base – which he refers to throughout our chat as ‘his house’ – is currently undergoing a significant refurbishment, which should bring it firmly up to date. At a cost of £1.4 million, it’s not something to undertake lightly, but then the tenacious and charismatic Wareing isn’t someone who does things by halves. Had he not been a chef, it’s easy to imagine him as a CEO or visionary leader, for whom 99% is one per cent off where he wants things to be.

He’s just returned from a few days on the Mont Blanc slopes on a cookery festival with his culinary peers Heston Blumenthal and Sat Bains – ‘a rather enjoyable experience’. However, his thoughts are now wholly on the work being done at the Berkeley. His stated purpose in doing this is to make fine dining more accessible; as he says, ‘my job is to make this sort of dining more relaxed, quicker and more adaptable to what people want. Eating out isn’t a luxury, it’s part of life, but we have to respond to a changing market, and my idea is to change the perception of fine dining as being stuffy. And I want to start having a bit of fun – I’ve found the last few years very tough, for a number of reasons.’ It isn’t hard to see why, as Wareing has not only successfully weathered the most difficult recession in living memory, but also has had to emerge from under the shadow of his former mentor Gordon Ramsay, a man of whom he once said ‘If I never speak to that guy again in my life it wouldn’t bother me one bit.’

Having already changed the name of his restaurant from Pétrus to Marcus Wareing at the Berkeley (‘I wasn’t going to call it ‘Courgette’ or something like that’) when he severed ties with Ramsay, he’s now changing it again, to the rather snappier Marcus. As he says, trying to get people to adjust their perceptions of his restaurant is going to be difficult. ‘I want to change the formality of the service, but that was very hard before, because you have to completely undo their entrenched training. What I want to do now is to give something back to the Maybourne group, who believed in me. I have absolutely no plans to leave the Berkeley; I’ve extended my contract with them for another 10 years, and then I’ll be looking for another 10 years after that. I see it as my life’s work, rather than just somewhere I happen to be for a few years.’ To this end, big changes are afoot. ‘I need to change my management team, and lead from the top, with the idea that you’re still in a five star hotel in Knightsbridge, but without the preconceptions that this entails. The place will still be luxurious, but without the Bordeaux red we had, and with different coverings and décor. If someone wants to come in, have a glass of wine and one course and be out in half an hour, they should be able to have that. I think people are going to be surprised, but also pleased.’

Without being at all self-deprecating, Wareing is contemptuous about the idea of ‘the celebrity chef.’ ‘The idea that you come to some sort of Mecca where you bow down is complete rubbish. A restaurant is a business, and a chef’s part of that. If it’s not his money, it’s someone else’s money, and there has to be a profit made. You can be the best restaurateur in the world, but if you’re not getting the customers in, and keeping them happy, you’re f*cked.’ As for what new dishes he’s going to be serving, he’s deliberately vague – ‘we’re developing those at the moment, there’ll be an extension of what we’ve done before’ – but he confirms that there’ll be a far greater degree of individual choice, with groups no longer required to have lengthy tasting menus.

Wareing manages to be both a very tough and immensely engaged interviewee, frequently disagreeing with assertions and questions but nevertheless offering a strong and forthright opinion with intelligence and charm. As we part, he’s off to a menu tasting, and then back to the Berkeley to observe progress. It’s a hard and no doubt demanding life, but a thrilling and stimulating one as well, and it’s impossible to avoid the sense that the utterly committed Wareing would ever have it any other way.